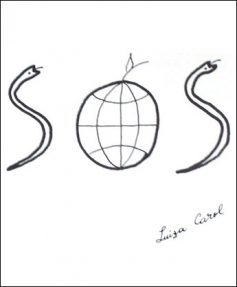 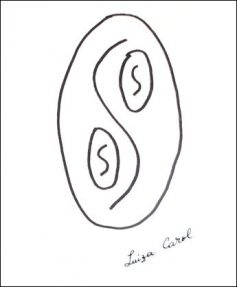 Poems from the book:

ONLY ONE PLAIN ROAD

“Bluebell And Other Stories” [bilingual edition, in English and Romanian] (2000, Cluj, Ed. Clusium) 31p [stories for children], covers designed by Lucia Zilberman (Luch). The fairy-tales in this book were published in the children’s magazine “Arici Pogonici” and broadcasted by the radio program “Good Night, Children!” in Bucharest, between 1969 – 1979. The front cover presents a painting created by Luiza Carol’s daughter, when she was 6 years old (back in 1979). Now, she is graphical artist Luch Ofer, who has illustrated a great part of her mother’s works and created this very website. See front cover: 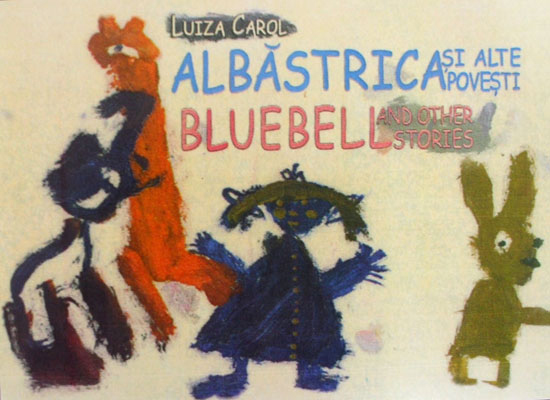 Sculpture by Luch OFER, presenting the protagonist of the story “Bluebell”. (2017)

< Once, a piece of blue modeling clay thought over and over a whole night: “What should I be? What should I be?” At dawn it made up its mind: “I want to be a little girl.” No sooner said than done. It didn’t take it too much time. It seemed hard just to make the hands, but in the end they turned out small and blue. Afterwards it made the eyes which it was very careful about and which turned out like two bluebells. Then everything went on very easy: blue mouth, blue hair, blue legs… > 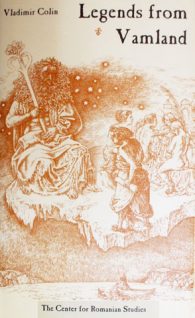 Read the preface and addenda written by Luiza CAROL:

ABOUT THE BOOK AND ITS AUTHOR

This book is the most beautiful story I have read about the human being’s fight against fear.

Its author, Vladimir Colin (1921-1991), was a Romanian Jew who lived in Bucharest. Like all European Jews of his generation, he could be called a survivor. He had a direct experience of some of the most terrible social and political upheavals in the history of mankind and it is from such a background that this wonderful story arose. Before the war, Vladimir Colin had graduated the German School and then he studied literature and philosophy at the University of Bucharest. His sound knowledge of world’s philosophies and history of religions lay at the basis of his further interest in folklore traditions as contained in fairy-tales all over the world. Besides writing fairy-tales and children’s stories, Vladimir Colin was also the author of a great many science-fiction novels, historical novels, fantastical novels and short-stories, many of which translated into German, French, Italian, Russian, Polish, Czech, Slovakian and Vietnamese.

“Legends from Vamland” was first printed in 1961 when the author was 40. By then he had already published and broadcast several dozens of wonderful fairy-tales and he had already won Romania’s most prestigious prize for literature. In writing this book, Colin behaved like a magician who blended in his melting-pot popular legends and myths from all places and times: old Romanian fairy-tales like “The Magical Bird” and “Youth-Without-Old-Age and Life-Without-Death”, the Arab legend of the Ghost in the Brass Pot (from “The 1001 Nights”), the Tartar legend about a country called Van (“The Story of Happiness”), the Jewish legend about the Golem, the Chinese myth about Pan-ku the cosmic man are only a few of them. One can find here echoes of the best literary pieces ever written in all cultures: Ovid’s “Metamorphoses”, Shakespeare’s “A Midsummer Night’s Dream”, Goethe’s “Faust”, Wagner’s “The Ring of the Nibelungen”, “The Book of Job”, “The Gospel of St. John” and Macpherson’s “Poems of Ossian” to name but a few. In fact, the areas of the symbols overlap to such a degree, that one can hardly find any noble and beautiful human aspiration in all the cultures of the world whose reflection is not to be found in “Legends from Vamland”. In a way, the book was intended to be a work of science-fiction too: there is a would-be “preface” in which the author talks about the “scientific” researches made by scientists who have translated the texts from the would-be Vamitic language. So, what we are given is the image of the spiritual life of an imaginary people from an imaginary land. The result of this extraordinary concoction is an amazing magical cocktail of splendid originality.

“Legends of Vamland” is a book which has literally changed me as a person, restoring my confidence in the human being’s power to overcome his or her own weakness. It has also restored my confidence in the power of words as a means of communication and reinforced my love for literature itself. In my eyes, “Legends from Vamland” is a masterpiece and “the book of my life”.

I venture to formulate the hypothesis that Vladimir Colin used some Hebrew words when he named his characters of Vamland. The following might be the proofs: